Due to the growth in the Bell Block area, Puketapu School has an Enrolment Scheme (School Zone).

Students who live within this area are entitled to come to our school but students who live outside this area have to apply for an out of zone place. Depending on the number of in-zone students we have at school, from time to time we may offer places to out of zone students in some year groups. Any spaces available will be advertised on our website and local Facebook groups.
If you are interested in enrolling for 2023, please read the Enrolment Notice of September 2022.

All students who live within the home zone described below and/or shown on the attached map shall be entitled to enrol at the school.

In a clockwise direction, both sides of streets are included in zone unless otherwise stated:

The zone begins at the river mouth of the Waiongana Stream. It follows the river inland (southerly) until it reaches Te Arei Road West. Properties on the western (New Plymouth) side of the stream are included.

The zone follows Corbett Road in a northwesterly direction to the intersection with De Havilland Drive. Properties on Arthur Road are included.

The zone then follows De Havilland Drive in a northwesterly direction, until the intersection with Mangati Stream. Properties on Vampire Place and Hercules Place are included.

The zone then follows the Mangati Stream in a northerly direction to the intersection with Parklands Avenue. Only properties on the northeastern side of the stream are included.

The zone follows Smeaton Road in a northwesterly direction until its end, inclusive of the Hickford Park facility access road. From the point where Smeaton Road turns west to become the Hickford Park access road (opposite Parkvue Drive) the zone stops following the road, but continues northwest , maintaining the direction of Smeaton Road to the coast. The zone then follows the coastline northeast returning to the start point at the mouth of the Waiongana Stream.

If you have any questions about our zone or your entitlement to enrol, please contact the School Office.
Enroll 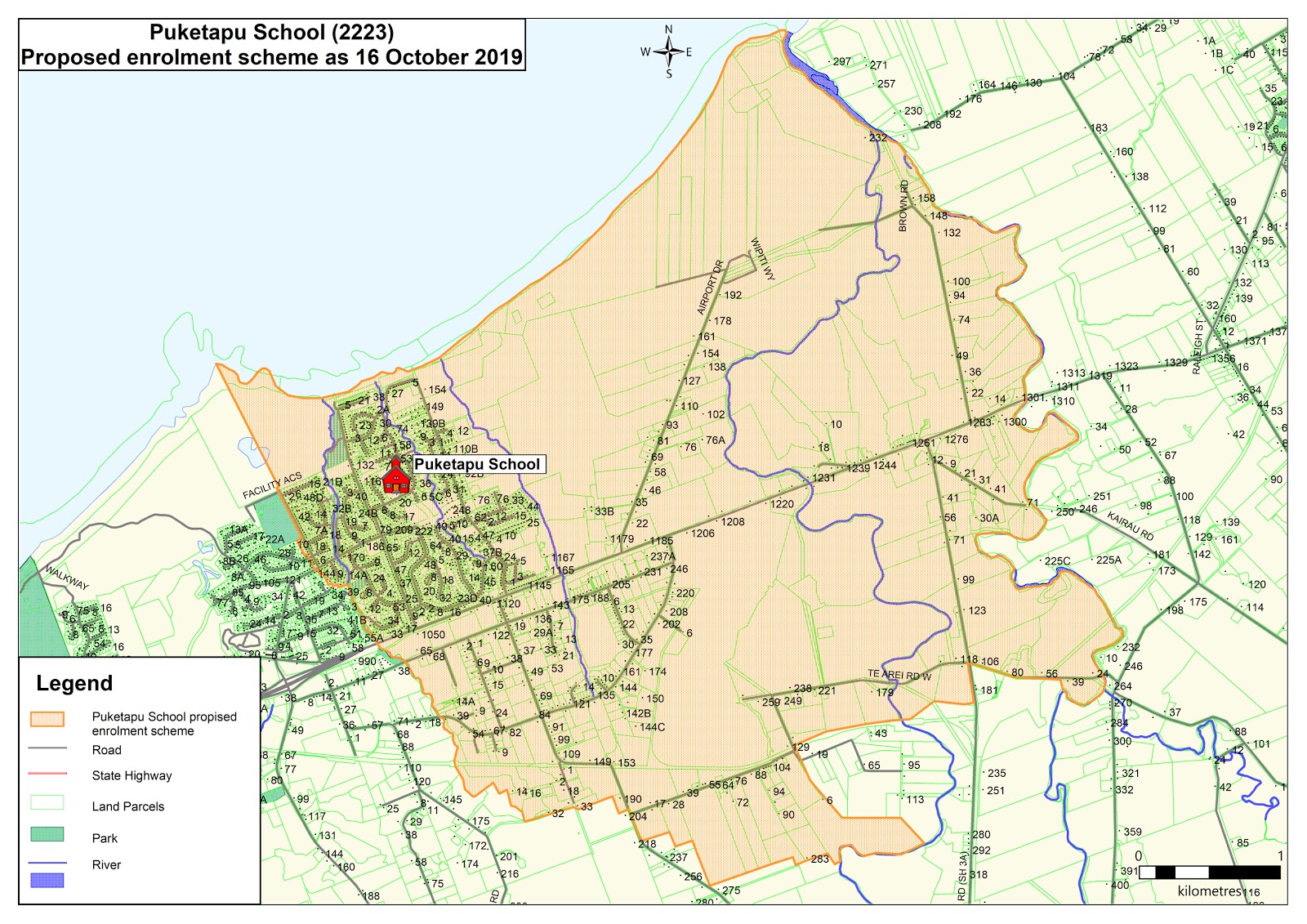